Home » Who we are » Jeroen Torenbeek 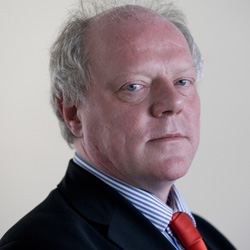 His work covered every area; student exchanges, research programmes, development cooperation, plus the necessary conditions like housing for international guests, stimulating the internationalisation of the curriculum, and creating a modest summer school. All of these activities were done according to Jeroen’s favourite way of working; policy and execution in one hand. That is, thinking and doing.

This combination of thinking and doing still characterises Ziggurat’s activities. Conceiving a concept and at the same time taking responsibility for its implementation, Jeroen will be careful to avoid building castles in the air and setting goals that cannot be realised.

Since 2005 Jeroen transformed the Utrecht Summer School into one of the leading organisations in the field in Europe. With a growth in ten years from 300 to over 3.000 students, and from 25 tot over 200 courses and combination programmes.

In 1999 Jeroen, together with Inez Meurs started Ziggurat BV, a company in which they combined their activities in the field of internationalisation of higher education for others.